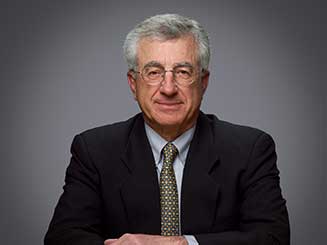 A.R. Alameddine, a former Pioneer Natural Resources executive, became a Director of the company in January 2021 through a merger with Parsley Energy. Alameddine joined the company in 1997 as Vice President, Domestic Business Development, and held positions of increasing responsibility, including Executive Vice President, Worldwide Business Development. In 2005, he was named Executive Vice President, Worldwide Negotiation Execution and Implementation, a position he held until his retirement in 2008. He then became a director of Parsley Energy in 2013, serving as Lead Director. Before joining Pioneer Natural Resources, Alameddine spent 26 years with Mobil Exploration & Producing Company in various engineering and planning positions in the United States. In addition, he worked in Norway for three years on various North Sea projects, including the development of the Statfjord Field and gas marketing. In 1990, he was named Acquisition, Trade and Sales Manager, a position he held until his retirement from Mobil in 1997.

Alameddine graduated from Louisiana State University in 1971 with a Bachelor of Science in Petroleum Engineering.