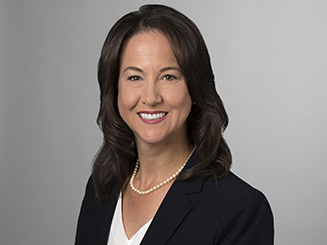 Black has more than 20 years of experience in the oil and gas industry, with half of her experience gained in Alaska and half in Texas. Black joined Pioneer in 2007, managing Health, Safety and Environmental for its Alaska asset. From 2013 to 2015, Black served as Vice President of Environmental and Sustainable Development, where her leadership made a significant impact in transitioning the company beyond compliance to an environmentally focused culture. In addition to directing Pioneer’s environmental compliance and sustainable practices at both the federal and state levels, she led the charge to raise environmental compliance to a collective effort across the company. In 2013, she received Pioneer’s highest recognition for her work to raise standards ahead of regulations. Prior to her current role, Black was named Vice President, Permian Well Planning and Permitting in 2015, a key piece of executing the Permian development plan.

Before joining Pioneer, she was a business owner and industry consultant in Alaska, working for several major oil companies.

Black has a Bachelor of Science in Civil Engineering from Texas A&M University in College Station, and she is a registered professional engineer with a specialization in Environmental Engineering.

Black is a member of the Civil Engineering Advisory Council (CEAC) at Texas A&M University and an Advisory Board Member of the Undergraduate Practice Opportunities Program (UPOP) at Massachusetts Institute of Technology.