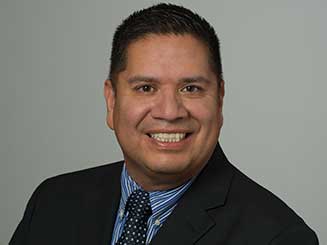 Gerardo Torres serves as Vice President, Permian Completions, for Pioneer Natural Resources, a position he has held since September 2015. Torres’ team is responsible for designing and completing the company’s new horizontal wells with an emphasis on ensuring safe, environmentally sound wells that perform at maximum capital efficiency.

Torres joined the company in 2005 as an Operations Engineer. In 2007, Torres was promoted to Completions Manager and, for the next seven years, he held positions of increasing responsibility within the Completions team before being named to his current leadership role. Pioneer currently drills in the Permian Basin of West Texas, and Torres also led completions in previous regions, including the Gulf of Mexico, South Texas, West Panhandle and Alaska.

Prior to joining Pioneer, Torres worked for BJ Services, a pressure-pumping services provider. He served in several capacities and regions for the company, including South Texas, which served the Permian Basin; an international assignment supporting Pemex, which served the Burgos Basin; and the Dallas region, which served the Barnett Shale and East Texas.

Torres graduated from Texas A&M University in College Station with a degree in Civil Engineering.