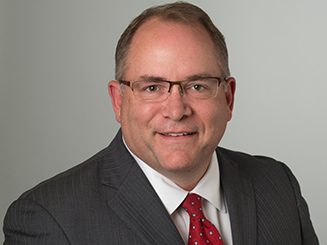 Joey Hall is Executive Vice President, Operations for Pioneer Natural Resources and a member of its Management Committee. He is responsible for planning, development and operations activities in the Permian Basin, where the company has the largest Spraberry/Wolfcamp acreage position with decades of drilling inventory.

Hall’s rise to Pioneer’s senior leadership team began in 1989, when he joined Pioneer’s predecessor company, MESA, Inc. He held several positions in worldwide facilities, eventually managing offshore, onshore and international projects across the Company, including the Falcon deep water development in the Gulf of Mexico.

Hall was then assigned as Operations Manager in Alaska, where he was responsible for all drilling, production and construction activities. Under his leadership, Pioneer completed the Oooguruk development, establishing Pioneer as the first independent oil and gas company to produce on the North Slope of Alaska.

Hall sits on the board of the Dallas Area Habitat for Humanity, Inc. In 2016, he was inducted into the Texas Tech University Petroleum Engineering Academy.

Hall has a Bachelor of Science degree in Mechanical Engineering from Texas Tech University and is a Registered Professional Engineer in the State of Texas.