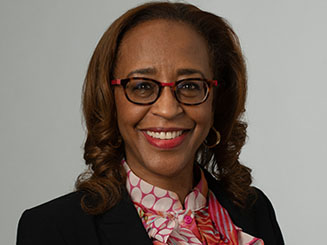 Lori George Billingsley became a Director of the company in June 2021. She most recently served as the Global Chief Diversity, Equity and Inclusion (DEI) Officer for The Coca-Cola Company until March 2022. In this role, she led the company’s DEI Center of Excellence Ms. Billingsley spent 20 years with Coca-Cola, having spent most of them in a variety of roles with increasing responsibility within Public Affairs and Communications. Prior to her most recent role, she was the Vice President of Community and Stakeholder Relations, North America. Prior to joining Coca-Cola, Ms. Billingsley led her own public relations consultancy, LG Communications; was a vice president at Porter/Novelli, a leading public relations firm where she co-founded their Multicultural Communications and Alliance Building practices; and a senior public affairs specialist for the District of Columbia Government’s Office of Human Rights and Minority Business.

George Billingsley currently serves on the Board of Directors of the Congressional Black Caucus Foundation, Inc. (Chair), Leadership Atlanta, NAACP Foundation, ColorComm and The Coca-Cola Foundation. She formerly served on the Boards of the Women’s Business Enterprise National Council, United Way of Greater Atlanta and Atlanta Mission. She is a member of the Howard University School of Communications Board of Visitors and the former Co-Chair of American University’s Women’s Network. She is a member of the Executive Leadership Council and Chair’s TCCC’s Political Action Committee.