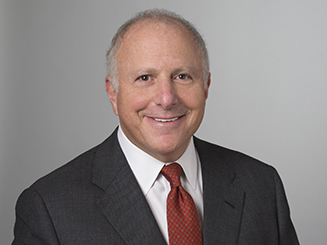 Mark Berg oversees Business Development, Land, Water Management and Well Services, Government Affairs and Corporate Communications, Environmental and Sustainable Development and Facilities at Pioneer Natural Resources, where he serves on the Management Committee as an Executive Vice President. Prior to his current role, he oversaw the company’s vertically integrated operations. He joined the Company in 2005 as Executive Vice President and General Counsel.

Berg began his career in 1983 with the Houston-based law firm of Vinson & Elkins, becoming a partner focused on mergers, acquisitions and international transactions. He then moved to American General Corporation, a Fortune 200 diversified financial services company, as Executive Vice President, General Counsel and Secretary, and oversaw its $27 billion sale to Prudential in 2001. Following that, he was Senior Vice President, General Counsel of Hanover Compressor Company, a NYSE company specializing in natural gas compression and processing.

Berg is active in public policy matters and was instrumental in leading the effort to lift the U.S. crude oil export ban in 2015. He is founding Vice Chairman of the Permian Strategic Partnership and a member of the board of the Texas Oil and Gas Association. He also serves on the boards of HighPoint Resources, ProPetro, the University of Texas Law School Foundation and Dallas CASA, where he is a former chairman.