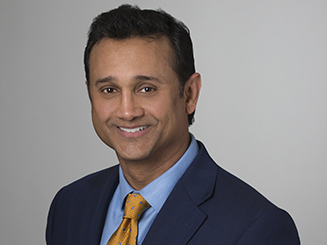 Neal Shah is the company’s Senior Vice President and Chief Financial Officer, a position to which he was appointed in January 2021.

Neal Shah joined Pioneer Natural Resources in 2017 as Vice President, Investor Relations, a position he held until December 2020, and he became a parent company officer in January 2019. Neal communicates Pioneer strategies, business plans and performance to the investment community.

Neal earned his Bachelor of Science in Electrical Engineering from Louisiana State University and a Master of Business Administration from the University of Chicago Booth School of Business, where he was a Siebel Scholar and a recipient of the Irwin J. Biederman Leadership award.