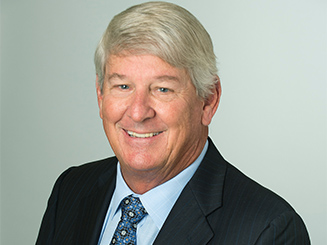 Phillip Gobe became a director of the company in July 2014. He joined Energy Partners, Ltd. as Chief Operating Officer in December 2004 and became President in May 2005, and served in those capacities until his retirement in September 2007. Gobe also served as a director of Energy Partners, Ltd. from November 2005 until May 2008. Prior to that, he served as Chief Operating Officer of Nuevo Energy Company from February 2001 until its acquisition by Plains Exploration & Production Company in May 2004. Prior to that, he held numerous operations and human resources positions with Vastar Resources, Inc. and Atlantic Richfield Company and its subsidiaries. He is also Lead Director and Chairman of the Compensation and Nominating Committees of Scientific Drilling International, Inc., a privately held directional drilling and wellbore navigation, surveying, and logging service company.

Gobe serves on the Board of Pantheon Resources plc, an oil and gas exploration company quoted on the AIM market. Mr. Gobe is a graduate of the University of Texas with a degree in history and earned his Master of Business Administration at the University of Louisiana in Lafayette.