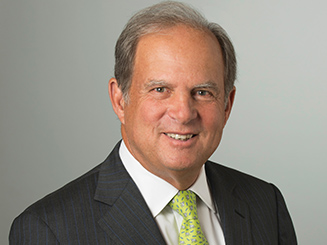 Scott D. Sheffield is an energy industry leader who played significant roles in the American shale revolution and lifting of the U.S. crude oil export ban. He currently serves as CEO of Pioneer Natural Resources, the company he helped found in 1997 and grew into what is today: the second-largest crude producer in Texas.

The son of an ARCO executive, Sheffield attended high school in Tehran, Iran. After graduating from the University of Texas, he began his career as a reservoir engineer with Amoco Production Co. In 1979, Sheffield became the fifth employee of Parker & Parsley Petroleum Co. in Midland, Texas. By 1985, he was CEO of Parker & Parsley and became its chairman in 1991.

Under Sheffield’s leadership, Parker & Parsley merged with MESA, Inc. in 1997 to form Pioneer Natural Resources Co. He became the company’s founding CEO and assumed the position of chairman of the board in August 1999. Sheffield retired from the company in 2016, but he returned as President and CEO in 2019, began serving as CEO in 2021 and continues to serve on the Board.

Sheffield also serves as a director of The Williams Companies, Inc., a provider of large-scale infrastructure for natural gas and natural gas products, on the advisory board of the Center for Global Energy Policy at Columbia University and on the Energy Council of CSL Capital Management, LLC, a private equity firm.

The Permian Basin Petroleum Association recently honored Sheffield as the recipient of its prestigious Top Hand award, which recognizes individuals who have demonstrated exceptional leadership within the oil and gas industry and the Permian Basin community.

He is also a 2013 inductee into the Permian Basin Petroleum Museum Hall of Fame, memorializing those whose achievements and outstanding contributions to the industry helped build the Permian Basin. Sheffield also received the Texas Oil & Gas Association’s Distinguished Service Award, the ADL’s Henry Cohn Humanitarian Award in Dallas, the National Multiple Sclerosis Society’s Hope Award in Midland and the Frank Pitts Award for Energy Leadership from SMU.

Sheffield is a distinguished graduate of the University of Texas with a Bachelor of Science in Petroleum Engineering.