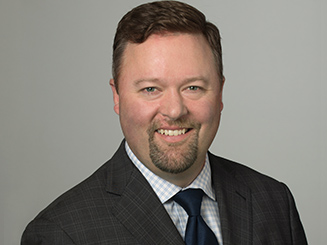 In September 2014, Tadd Owens was named Vice President, Communications and Government Relations for Pioneer Natural Resources. Owens is responsible for corporate communications oversight in addition to managing the company’s government affairs activities in Washington, D.C., and in the states in which Pioneer operates.

Prior to joining Pioneer, he served for six years as the Executive Director of the Resource Development Council for Alaska, Inc., an Alaska business association representing the oil and gas, mining, timber, tourism, and fisheries industries.

Owens graduated with honors from Carleton College in Northfield, Minnesota, with a Bachelor of Arts degree in Political Science.

Owens currently serves on the boards of the Texas Independent Producers and Royalty Owners Association, the South Texas Energy and Economic Roundtable, the Royalty Owners and Producers Educational Coalition and the Dallas Chapter of the Juvenile Diabetes Research Foundation.